As we celebrate 60 years of GB in Craigy Hill, our story as a Company begins in September 1957 as 4th Larne Girls Life Brigade. Craigy Hill Presbyterian Church was at that time a Church extension Church in a rapidly growing housing estate with many young people living in the area. Rev Bill Boyd minister of the Church invited Miss Eileen McCarey (Mrs Peoples) to become their first Captain. They met in the black hall where facilities were very limited.
In 1959 Eileen was planning to get married and informed the Rev Boyd she wished to resign as Captain. Rev Boyd approached Miss Joan Whiteside (Mrs Dundee) and asked her if she would be willing to become Captain. Joan agreed and with the support of Jean McGuffie, Elizabeth Small and Elizabeth Whiteside, Joan agreed to take on this role.

The company went from strength to strength and many competitions were entered and won. In 1966 we competed in Dublin in an all Ireland final, although not winners we all had a great time, as it was such an experience then travelling so far from home.

The Company attended their first camp under canvass but had the luxury of bunk beds in the tents. Over the years we have travelled to many places for our annual camp sometimes in a boarding house but mostly in Church halls. We have been to the Girls’ Life Brigade house in Cushendall, Portrush, Bangor, Ayr, Rothesay, Isle of Man, Morecambe, Largs, Southport, Scarborough to name but a few. Rev Buick helped to organise the camps when he was Chaplain and was responsible for devotions at camp. In the local shops he could be heard bargaining with the shopkeepers to get a box of oranges , vegetables or meat at the “right” price.

Girls’ Life Brigade, Girls’ Brigade and Girls’ Guildry amalgamated in 1965 and we became 153rd N Ireland Girls Brigade Company. For 40 faithful years Mrs Joan Dundee led the Company as Captain and her dedication to Craigy Hill was outstanding. Sadly in 1999 she passed away after a long battle with cancer. Mrs Janis Blair was asked to become Captain, a role which she has filled for 19 years.

The Duke of Edinburgh award scheme was introduced to Girls Brigade and Mrs Dundee took this on with a great passion. She encouraged the girls in all aspects of the scheme. Mrs Florence Bones and Miss Lorraine King have continued with the award scheme supporting many girls to achieve their gold award.

Craigy Hill Girls’ Brigade has been a Company and also a family with many members over the past 60 years. We thank God for the dedicated Chaplains, Captains, Officers and helpers who have given many years of faithful service, all with one aim, to help girls become followers of the Lord Jesus Christ.

Some pictures from our 60th anniversary events 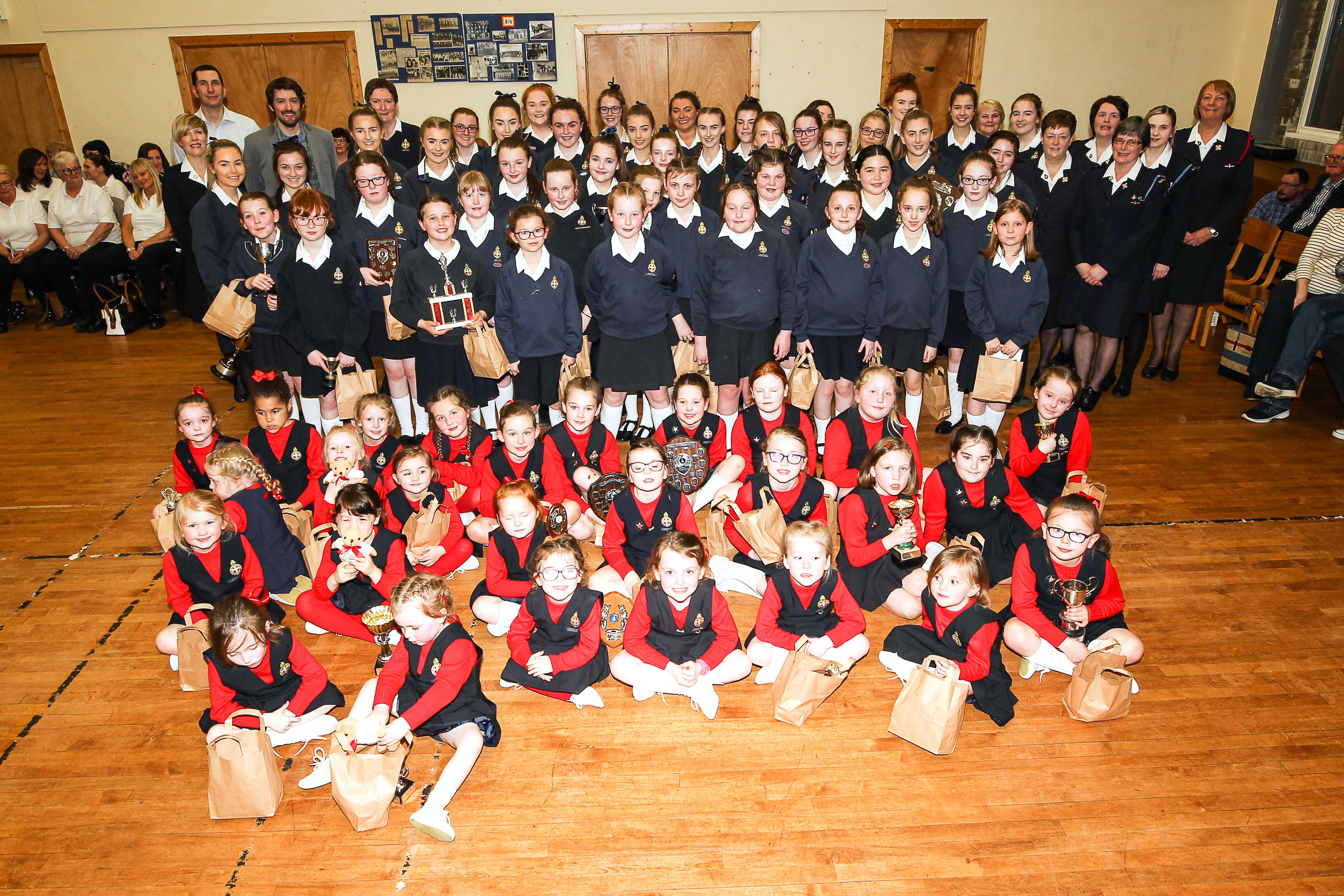